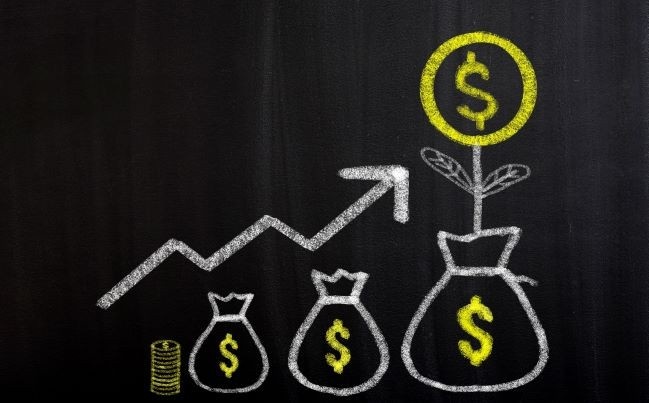 Jason McIntosh explains why Raiz Invest [ASX:RZI] could be an ASX small cap to buy now. The company is an emerging funds manager, but it’s off the radar for many investors. Raiz’s innovative approach could see its shares rise significantly from current levels.

Raiz is a micro investing platform with a market cap of around $160 million. Like many emerging companies, it has a relatively low profile and isn’t in the All Ordinaries.

The company operates in Australia, Indonesia, and Malaysia.

Raiz has a millennial focused investing app designed to boost investing and savings. The idea is that a user can automatically transfer small amounts of money from their linked account into an investment portfolio. The funds are then invested in ETFs (exchange traded funds).

An innovative part of the offering is a feature called round up. Every time a user buys something, the cost is rounded up to the nearest dollar. The virtual change is then sent to an ETF. It's designed to be a simple and painless way to invest.

On the investment front, there are seven portfolios ranging from conservative to risker. The most interesting option includes an allocation to Bitcoin — a feature that could appeal to the younger target market.

The company recently announced that five of its funds are outperforming their benchmark. This should be a positive factor in attracting new funds to the platform.

Raiz is essentially using an innovative approach to help people save, and at the same time, is positioning itself to grow funds under management (FUM).

Let’s have a look at the fundamentals…

The company continues to experience strong growth across its network.

The company’s Indonesian and Malaysian operations are also growing. Active customer numbers in the regions are up 26% and 25.3% respectively in the three months to 31 July.

The recent purchase of Superstate should help Raiz’s push into superannuation. Superstate is a niche superannuation and residential property investment platform. The acquisition contributes $71.6 million to FUM.

Raiz is targeting $1 billion under management by year’s end.

Management reported record revenue in the June quarter of $3.6 million (its fourth consecutive record). This is up 17.4% on the previous quarter and 76.7% year on year.

Another positive is a strong balance sheet. The company had $19.4 in cash as of 30 June.

The stock came to my attention this week during my daily scans. It caught my eye because it’s regaining upward momentum after a multi-month pullback (we also review the stock here).

Have a look at the chart. It has two classic reversals patterns:

1. A zig-zag pullback (shown by the ABC)
2. A rounding base formation

Zig-zags are common corrective formations that appear on charts. This is where a stock has an initial sell-off (A), followed by a rebound (B), and then a decline to a new low (C).

It’s often a healthy sign when a stock quickly recovers after hitting a new low. This suggests exhaustion from the sellers and solid buying emerging for the stock.

The rounding base tells a similar story. It indicates that selling pressure is being replaced with buying interest. This is evident by the recent spike in trading volume.

Raiz isn’t profitable yet, but it has a highly scalable business with significant potential. If they can get traction with their Asian expansion, and keep growing locally, it could really be a small-cap on the move. There’s also strong ownership from the board.