Could Kleos Space (ASX:KSS) Be Ready to Launch? 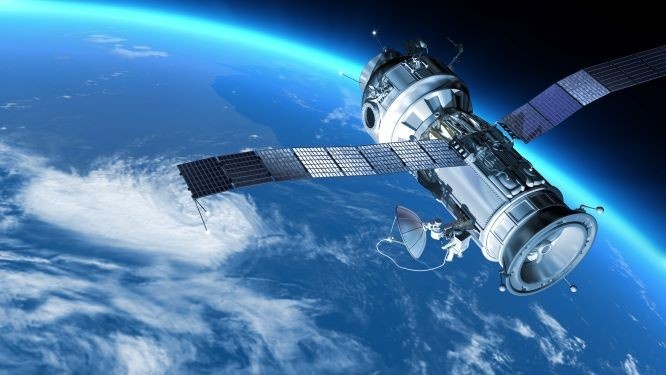 Jason McIntosh explains why Kleos Space (ASX:KSS) could be a geospatial stock to buy now. It recently launched its first cluster of satellites and is about to commercialise its cutting edge technology. This interview appeared on the Ausbiz financial news channel on 23 June, 2021.

Jason: Well, it’s a fascinating story. Kleos is an emerging player in the space industry. It uses clusters of satellites to collect radio transmission data over maritime areas around the globe.

The technology enables the company to detect and geolocate illegal or hidden activity (like drug and people smuggling, illegal fishing, and boarder breaches). Management says it has broad uses within defence, security, maritime intelligence, insurance, regulatory, and environmental sectors.

Once the geolocation data is processed, it will be sold to analytics and intelligence entities. The client base should largely consist of Five Eyes agencies (an intelligence alliance between Australia, Canada, New Zealand, the United Kingdom, and the United States).

An initial cluster of four satellites were launched in November 2020. The company plans to launch two additional clusters in mid and late 2021, giving it a total of 12 satellites.

KSS is targeting a constellation of up to 20 satellite clusters. The company says each cluster increases the amount of intelligence data that can be sold, and generates higher value datasets.

Another interesting development is a distribution agreement with US Government IT solutions provider Carahsoft Technology Corporation. This will give the company access Carasoft’s federal, state and local government contracts.

Kleos say that it has strong interest from naval, coast guard, defence, and border control agencies. It is targeting 50 active subscribers by year-end, and has a pipeline of over 160 prospects. The company believes demand will be driven by the high financial, societal, and environment cost of illegal activities.

And the opportunity is huge. Management says the addressable market in geospatial technology is predicted to reach US$549 billion by 2025.

The company is currently transitioning to operational status after a period of testing. It says that data delivery and revenue should begin in the June quarter. The company currently anticipates annualised revenue of US$7 million by the end of the year.

As at the end of the March quarter, KSS had cash reserves of US$8.7 million.

The company is ASX listed and has market cap of $155 million. Its relatively small size doesn’t get it into the All Ordinaries (the top 500). This means it’s off the radar for many investors.

I first sent a buy signal to members of my Motion Trader service at 72 cents in March. This was just after the shares broke higher (which you can see on the chart). After an initial rally, the shares had a swift pullback in May, which found support at the 100-day moving average.

A popular investment strategy is to “buy the dip”. This is where someone waits for prices to fall before buying. The risk with this approach is that a falling stock continues falling.

Rather than “buy the dip”, my preference is to waits for upward momentum. I believe that trading in the direction of the trend helps to increase the odds of overall success.

KSS has been steadily regaining momentum since the correction. There have also been several higher volume up days — a positive sign of active buyer interest in the stock.

The rising trend has also triggered a new buy signal on 2 June.

A final point to finish on… the company’s co-founders remain major shareholders. I believe this is a significant positive and demonstrates belief in Kleos’ potential.