Why Novonix (ASX:NVX) Could Power the Future 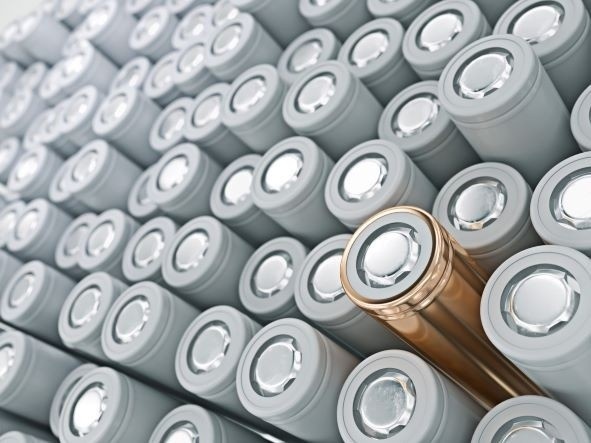 Jason McIntosh explains why Novonix [ASX:NVX] could be an ASX stock to buy now. The company is an emerging player in the lithium-ion battery industry. This interview appeared on the Ausbiz financial news channel on 25 August, 2021.

Novonix is an emerging player in the lithium-ion battery industry. It develops and supplies high-performance materials, equipment, and services to more than 14 countries.

The company has two primary operations…

Firstly, it provides battery testing services and equipment. This includes performance testing, development, demonstration, and sales. The company believes its battery testing technology is the most accurate in the world.

The company recently announced revenue of $2.03 million for the June quarter. This is up from the previous quarter’s $1.28 million. Much of this is due to increases in hardware sales and services from the battery testing business.

But the most exciting part of the business is the synthetic graphite anode operation.

An anode is a battery’s negative electrode. And in a lithium-ion battery, graphite is widely used as an anode material. Graphite can be either synthetic or natural. And it’s a key factor in battery reliability, longevity, and performance.

Novonix has developed a process to create synthetic graphite at lower cost, and in an environmentally friendly manner. The company says that its product is the green choice, requiring less energy and producing less emissions than the alternatives.

A key selling factor is that the anode material has high purity and high consistency, which is necessary for long-life batteries. And in testing, the company has demonstrated longer life batteries compared to other leading products.

Another positive for the company is that its production facilities are in the USA. This provides an alternative to synthetic graphite anode material that is currently entirely produced in Asia (mainly China).

The company has agreements with Samsung SDI and Sanyo. It’s also in talks with others, and says there is strong growing demand in the US for locally supplied synthetic graphite.

Electrification of the US road network is forecast to greatly increase graphite anode demand. Novonix is planning to scale annual production of anode materials from 10k tonnes in 2023, to 40k tonnes in 2025, and 150k tonnes in 2030. This is enough material for 181k, 727k, and 2.7mm cars respectively.

Earlier this month, it was announced that Phillips 66 will buy a 16% stake in Novonix. Phillips 66 will be issued US$150 worth of shares and nominate one director to the Board. The funds will be used to fund the capacity expansion into 2025.

Phillips 66 is a diversified energy company with a market cap of US$68 billion. The announcement of the deal was the catalyst for the recent share price surge. Phillip’s entry price is approximately $2.67.

Lets have a look at the chart:

I first became aware of the stock in July during my daily market scans. It was regaining momentum after a multi-month pullback, and this was the trigger for a buy signal.

A second entry occurred on 11 August due to an acceleration of the trend.

Have a look at the chart. It has several key features:

Rounding bottoms often appear at market lows. They indicate that selling pressure is being replaced with buying interest. This gradual shift results in a trend change occurring.

The next point of interest is the break above resistance. This completed the basing formation and coincided with Motion Trader’s first entry signal at $2.57.

Rather than quickly surging upwards, they consolidated for several weeks. This is common after a breakout (or an entry signal) — trends often take time to develop.

The latest price action has been particularly encouraging. The acceleration of the trend on high volume is positive, and indicates strong buying interest for the shares.

It’s possible the stock will need time to consolidate after the recent rally. But the big picture trend and underlying story make this a high potential opportunity in my view.